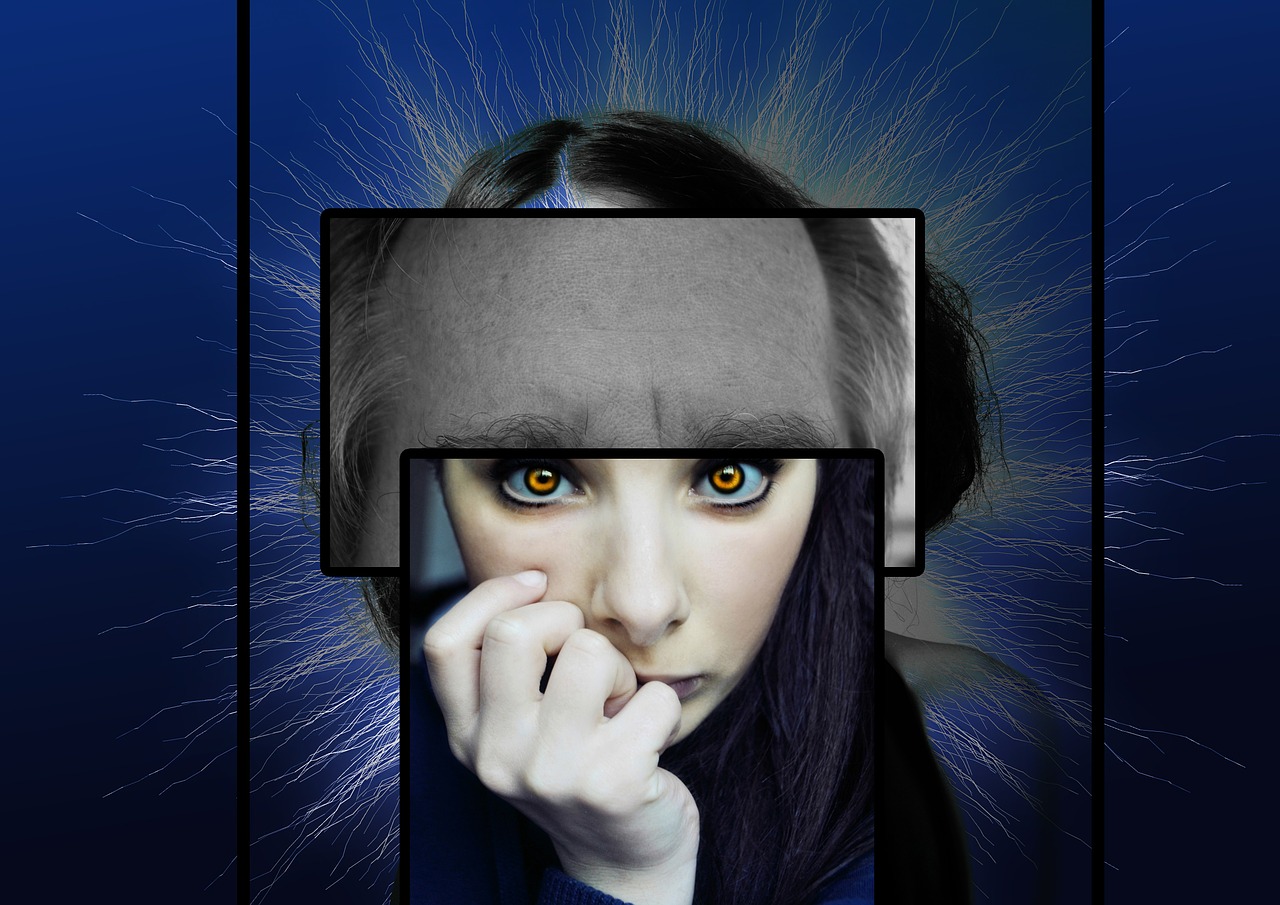 If you have some physical or mental illnesses, should you focus your energy to mental healing instead of hospital care?

Our soul (more specific, our individual soul) has the body and the mind. Soul needs them both to exist in this physical world.

I would like to emphasize that mostly when the symptoms are physical; the origin of them has still first been in the mind. I mean that even though you haven´t been aware of this, there could be some bad seeds in your mind for a long time. If you don´t take care of your soul and actively balance it every now and then, it starts to degenerate. And when that happens, the physical degeneration is seen as physical and mental symptoms, and the mental degeneration is seen as mental breakdown and also this has physical symptoms.

Whenever you decide to get better, your healing process starts immediately. Then you should focus only on health and being healthy. Forget the problems and drama involved. Do not talk about your bad physical condition or illnesses to anyone anymore. Sometimes this means that you have to make the change also in the level of identity, not only in your everyday behavior. Remember those times, when you felt particularly good. This can be your new basic line of your normal life. You can feel this life and energy all the time. If you are willing to do so. Are you?

Praying (such as meditation and hypnosis etc.) has a great part in the healing process of the soul. About praying you could first learn how hypnosis works, and in this particular case, you could use some health-generating self-hypnosis and suggestions (use YouTube to find them, we have at the time only Finnish hypnosis materials). Of course you can participate some courses, seminars etc. too. Although usually this kind of courses are expensive ones.

Then there is one more cure, the permanent one. Concerning this cure, your soul is required to be completely ready. When a person’s soul is ready, it has the Faith. Faith is not only believing in something, but trusting the truth. It is not until this Faith, when you are ready to step closer to God/Truth (or whatever word you are using of him/her/it). Whenever you are facing some huge problems in your life, it is that party from who you are looking for salvation that also defines you and your level of consciousness. Let me explain this. If you are looking help from psychology, doctors and hospitals, you are counting on the reason of current humanity, right? Doctors are working with knowledge that is based on the current scientific researches etc. There is still one huge contradiction: if the problem is in the deeper level of your unconscious than reason, the problem cannot be solved with reason. If the problem is located e.g. in the level of your personal will, the reason will not cure you anymore. It would be similar to that you would try to control your reason with your emotions (emotions are lower then reason) - the mind/soul doesn't operate like this. Your reason can help you ending drug using, or the pills can force you to go backwards in the mental evolution, but if you truly are looking for permanent cure for your problems – the way of truth, the way of mental evolution is the right path for you. Below is presented the structure of the mental evolution of humanity, and individuals of course. You start from the bottom and climb upwards. I (iisa) am teaching this to anyone willing here in Finland, and this is also in the form of a book that is called Theory of Everything and Nothing. It is only in Finnish at the moment.

Symbols, metaphors (this is language of the ultimate truth/God and Mercy)

Personal will (also personality is part of this, it's a choice)

Strategies of soul (including consciousness, memory, creativity, will, reason, emotion and unconscious)

This model shows you what level of your soul is needed to cure problems that exist in the lower levels. This model also shows you, why e.g. Jesus Christ (representing scripture) and Milton Erickson (representing science) both worked similarly with their "patients". They both gave them ambiguous metaphors, and then the persons healed themselves with this knowledge. Masters operates in the highest levels of this model, and unfortunately e.g. today's psychologists operates in the level of behavior, beliefs and identity. There is still a huge gap between the knowledge of highest levels and those. Isn’t that extraordinary that we have thousands of miraculous healing stories in the written history of humanity. There are great deal of people, in different cultures and eras, who are speaking of the absolute mercy and truth. Can they all be wrong?

Let’s say that you have been diagnosed with depression and doctors have described medicine for you. In any circumstances, I wouldn't advise you to quit your medication too early. All that I’m saying is that those medicines won´t cure you. They will make you feel better ”here and now”, but if you will not change you behavior, beliefs and idea of yourself, you will find yourself later facing these same problems once again. If the recipe won’t change, the result will also be the same. In that point when one experiences mercy, for example trough other people/from God/from truth itself, his/her healing process from depression can truly begin. Merciful healing can also be a permanent state, if the process makes changes also in the level of beliefs and values. Getting better from e.g. depression is a matter of will. It is a matter of surrendering. It is your will that holds you in the state of depression, and when you release yourself from your own will, you will get better.

If your problem would be alcoholism (that means you drink too often or too much), no other people than you can help you recovering from it. You could be taken to involuntary treatment, and the drinking will stop of course, but this would last only for a while. With alcohol is also about that if the person’s own basic will doesn't change, the outcome will be the same that always. The will is in deeper level in our soul, than e.g. behavior or beliefs, and thus if the will doesn’t change, you every day behavior won’t either. That´s why many addicts can recover not until they have been left completely alone and they have lost everything. When a person no longer has anything or anybody left, he/she is automatically forced to face the reality, from eye to eye. This is the moment, when miracles happen and wills are changed. My experience is that many alcoholics can maintain their vice, because they have someone, who share or allows it. For every drunken husband, there usually is also that poor wife, who still brings the bottle to the home. If addict has anyone giving him/her “permission” to carry on, he/she will. This is how the selfish will operates. It seeks support and uses it as an excuse to justify its own actions. (this example also fits surprisingly well to gambling-, game-, smoking addictions and among other things)

If you have an emotional problem, like obesity, phobia or uncontrolled anger issues, or lack of basic feelings, paraphilia, total absent of exercise or its obsessive control over your life, remember that also in this case your first and foremost opponent is still you, yes you. In these kinds of situations people just tend to think that nature has made them the way they are or they blame someone else. In this case one thinks e.g. ”she always makes me feel angry”, ”he just was begging for it and me to do this to him”, or ”I´ll eat whatever I want, whenever I want”.

Can you see the common factor of all the phrases above? They retrieve their strength from selfishness. The root of every selfish heart is in the animalistic basic-nature of a human. This kind of behavior gets the support needed from the superstition of reason. They call this our personal truth nowadays. It means that you consider your own beliefs and values as the ultimate truth. As long as a person is connected to his/her personal will, he/she will face all the difficulties and diseases.

How to heal yourself?

How can we help someone struggling with oneself? The answer is three-folded: You can tame your personal selfishness

Make some brave changes in your life. We are not supposed to live in the same neighborhood, or work only for money our whole life. We are not supposed to think only ourselves and our family. Keep doing mental and physical changes in your life, as long as until you see those kinds of results that you are looking for. Go to the wilderness. Start painting or singing. Do it only for you. Stop criticizing yourself and compare yourself only against your earlier self. You don’t have the same purpose with other people, so how could you compare your results in life with other people.

Your healing-process will make you healthy. You can fail it only by quitting it. Change your thoughts, question your beliefs. Move to another apartment. There was that one guy, who didn’t move and was sick because of the bad indoor air and mold issues. He had all kind of sicknesses, and he got better in few months after moving. It took 20 years of being sick, before he moved. Sometimes the surroundings should change too.

Then there was another man, who got divorce, and healed in three months. One person healed immediately after quitting a job where he/she had to break good morality all the time. I know also a person who spent time alone, first weekends and then weeks, and got better. Then I know someone who did absolutely nothing for 72 hours and cured from the food related issues. By doing nothing I mean not to eat, not to drink, but only fasting. I also know case, where this person had to say “no” to his parents, and he got better.