The time dimensions of the Zodiac are an endless chain of gearwheels, similar to those used for instance in engines. In studying time it is vital to first understand infinity. Infinity is the All, which has no beginning and no end, it just is. It has always been, it is right now and it will always be.

We like to comprehend the world around using measures and our senses. We live in a giant galaxy which is a part of a giant gearwheel of time. As we approach the smaller elements and systems of the universe, we find that they are also governed by their own gearwheels of time - which are parts of the giant gearwheel chain. Some gearwheels roll faster and some slower. 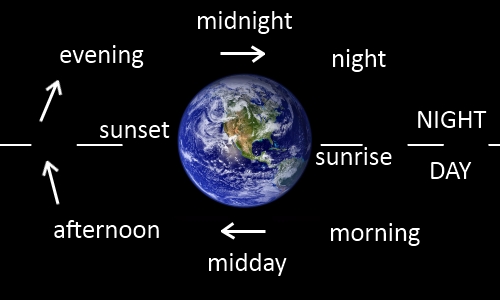 The more we study the Knowledge, the more we understand how the Cosmos is created with the number six. These were also part of the most well-known words that Nikola Tesla left behind. 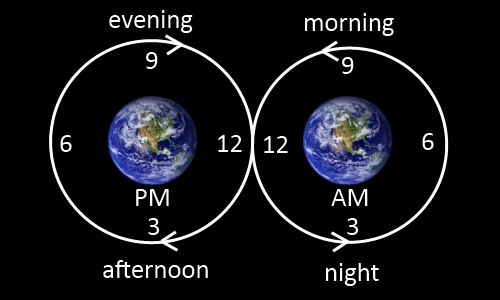 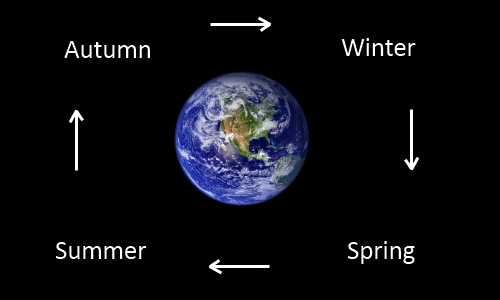 A year witnesses four seasons: spring, summer, autumn and winter. In symbolic language, we can state that the Light-bringer is on the move. There are several calenders depicting the yearly time in different parts of the world. Different cultures have focused on measuring different aspects of seasons and time, but almost all cultures have emphasised the lunar and the solar calendar. In addition to these two calendar types there is a third: one that considers Sirius and Orion - together with the Zodiac, of course. 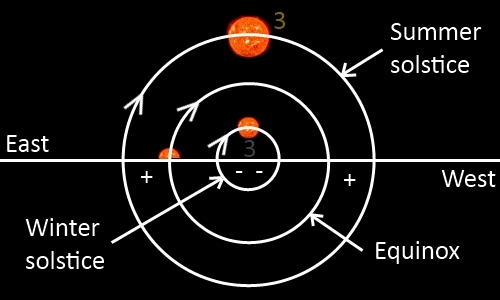 There are two number 3s in the picture. These are the extreme points of the Sun. These three day periods are special ones, because the Sun remains in the same place during these days. At midsummer, on June 21st the Sun stays up for 3 days, and at midwinter, December 21st the Sun stays down for 3 days. These winter days are the "days of death" and the Light-bringer is said to be born again on 24th of December for His next journey to begin at Christmas, on the 25th. This is a part of the circle of life in Astrology. 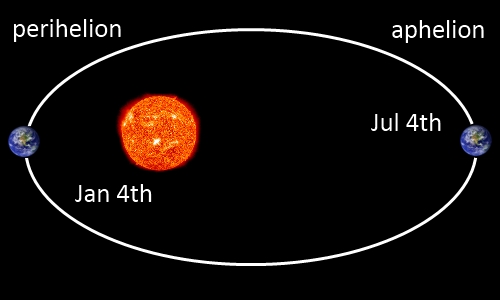 The Great Year is defined by NASA as "The period of one complete cycle of the equinoxes around the ecliptic, about 25,800 years" and is also known as Platonic Year. The Platonic year is named after Plato, who defined the "perfect year" differently and as the return of the celestial bodies (planets) and the diurnal rotation of the fixed stars (circle of the Same) to their original positions.

Cicero agreed with Plato. In De Natura Deorum Cicero wrote: “On the diverse motions of the planets the mathematicians have based what they call the Great Year, which is completed when the Sun, Moon and five planets having all finished their courses have returned to the same positions relative to one another. The length of this period is hotly debated, but it must necessarily be a fixed and definite time.”

It was Sir Isaac Newton, who first noticed the fact that the stars and the sky are moving one degree in every 72 years. This is the real cause of the Great year, the period of 72 years and 360 degrees. When we multiply those together, we get 72 x 360 = 25.920 years.

Notice: The numbers in these calculations represent mean values which are connected to this particular time. If we use the bigger scale of time, these numbers can be very different. These numbers will only give you the first touch.

Another name for the Great Year is the Full Circle, since the stars move 360 degrees. In connection with this it is important to know that the rotational direction of the sky is reversed compared to daily and yearly circles. Remember the gearwheels? Some wheels are moving in the opposite direction.

As a conclusion we can state that the Great Year is the time period that it takes from the whole sky - including the Sun, the Moon, and the six planets - to rotate their complete orbits, and to return into their original positions vis-à-vis each other. The sixth planet is the Earth, which we must add in calculating the Great Year. The Great Year that exists nowadays is still not the same as it was at the beginning. At the beginning, Father's perfect Laws were used in the creation and afterwards the perfection is refined into something else, until it will return into perfection again. E.g. the circles have changed into ovals and the pyramids have started to move into spirals. Transformation is the key-word in understanding Cosmos, and in this context the Great Year is no exception.