About the origin of Christmas 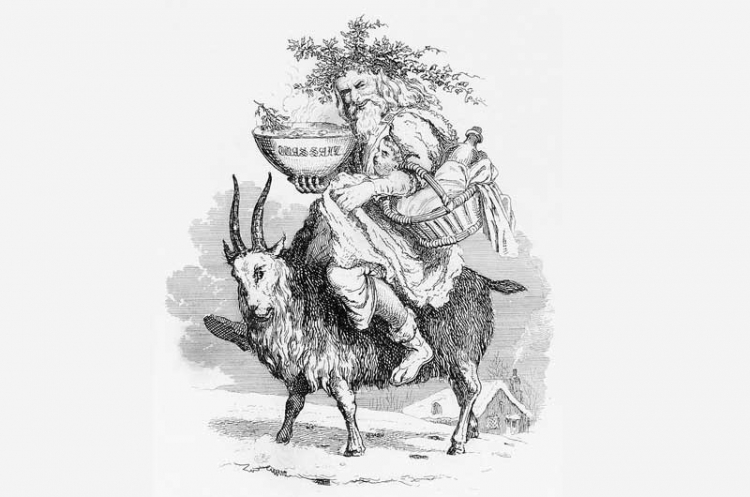 Long time ago, before the modern Christmas there was festival called Saturnalia. While Saturnalia, all the familiar things were turned upside-down: it was mandatory in Saturnalia the masters served dinner for their slaves, and ate themselves not until all the others. Back then, a master could even wash the feet of his servant, because he wanted to show humane equality – the thought that no master is greater than a slave.

The festival was reminder of the tale of Saturn, in which he lost his crown and were expelled from the paradise. The early message of Christmas was thus concerning the fact that nothing lasts forever – not even the status of master toward his slaves. Saturnalia encouraged people to study their own lives and to understand other people – all the roles of the society could be vice versa as well.

The ancient Christmas – as well as modern in some countries – had the pig sacrifice. Also the major trees were dragged to inside. Eating the pig were part of that upside-down theme: eating the pig was normally forbidden by the religious dogma, and that’s why pig was served on the Christmas table. The large tree was decorated with lights symbolizing the Sun and other stars together with the Moon, and there were also some colorful balls representing our nearby planets. The Christmas was called yule both in Scandinavia and in Babylon. Yule means the child. Among the historians it is uncommonly agreed that the root of Christmas is in celebrating the light and the child, or the child of the light.

DEATH FOR THE THREE DAYS

The festival of the child of the light is well-known almost in every religion and it is always timed to December 21-24th. December 21th is called winter solstice and it is the shortest day of the year (at least here in Finnish Lapland). The sky stays still for those three days, and the tradition teaches us that this is the period of the three days death. For being dead for a moment, the Sun rises back to the sky and begins the half year journey to the summer solstice, the opposite of Christmas – just like symbolical Mother and Life are the opposite of Father and Knowledge.

So, what should we understand concerning the winter solstice, the three days death and the child of the light?

Christmas is the time of purification. Here in Finland, the cold temperature and white snow clear the physical air, and the original meaning of Christmas is to do the same – inside our thoughts.

The inner purification means the honest regret of our evil deeds, together with apologies and forgiveness. Apologies, forgiveness and being forgiven take place only because of the Mercy. This means that a person is meant to do nothing else. Confronting our own evil deeds and misbehaviors is the all man’s duty, and something that we can only personally do. Too many times we focus pointing the faults of the other people – even taught the actual chance cannot happen outside of ourselves.

THE CHILD OF THE LIGHT BORNS OUT OF MERCY

We teach our children to be decent and behave nicely, for that they would have presents at Christmas. The idea of Christmas is still the opposite: no presents or good deeds should be bonded to carrots, but our wickedness and bad deeds are truly forgiven out of Mercy. The bribes and punishments are effective only for the animals. We humans should be better than that – at least at Christmas. The true Christmas spirit is free of selfishness, bitterness, rebellious thoughts, together with rewards and penalties!

The Christians celebrates the birth of Jesus. The idea of Christmas is still for everyone, for believers and unbelievers, and for everyone in between or out of those contexts. Christmas is the new possibility to honor that symbol and metaphor that also Jesus represented. Jesus lived just like any of us. He came to the world to implement his purpose.

The mission of Jesus and his symbol are one and the same thing: Truth and Mercy. These two aspects have always been the core idea of Christmas. No matter what we think of Jesus or religions, the tree days shift offers us the possibility of transformation. That light-child is inside of every one of us. Everyone can born again with the pure heart, after being alone in silence with open-mind.

After 72 hours, when the child of the light borns into this world, he/she is not Christian, Muslim, Buddhist, Hindu, Jew, or not even Atheist nor scientist. This child is pure, the new one. He/she has been released from the sins and the honor of being human has returned. This person now sees the difference between the good and evil together with the right and false. This child is now prepared to travel forward – all the way to the Spring. The inner light travels with him/her, and it guides through the situations in home, work, among friends, or even while being out like lambs among wolves. The inner light shines through the dark period, and it won’t let you down.

CLEANING UP THE ATTIC

So, the true and original Christmas spirit is not giving presents to our own children and close relatives (while expecting to receive back equal amount of presents), but it is remembering and understanding the least of us, and finally purifying ourselves. The seed for the good life and being fine in general is in the pure and honest thoughts. While cleaning the house for Christmas, we should focus for our inner attic too. It just is more important to relax and let your thoughts wonder even to the deepest waters, than trying to keep up the appearances.

This is how we wish you all merry dark Christmas! And a happy festival of the light-child after the valley of the death. At this Christmas, do something that you haven’t done this far. Turn the world upside-down. 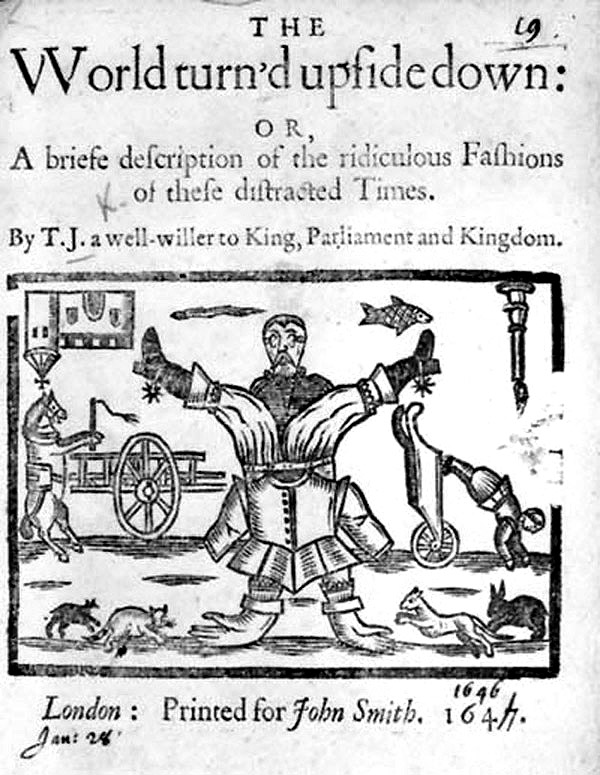 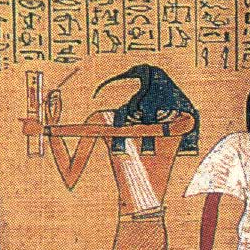 The Elfs are not the only ones writing down the good deeds of a person... 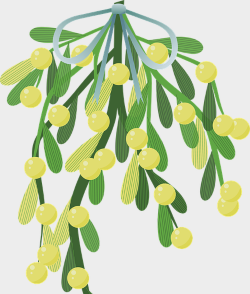 Mistletoe is attached to the immortality, rebirth, mysteries, magic and wisdom. Evergreen mistletoe is neither tree nor shrub and so is equated with freedom from restrictions. Therefore people kiss under it. 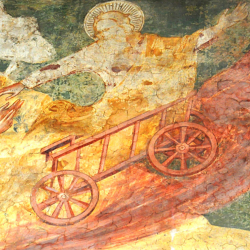 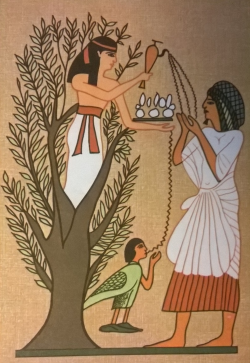 The Christmas tree is not the only remarkable tree, because e.g. biblical Tree of Knowledge and Tree of Life are equal with it. These same trees were familiar already for the Ancient Egyptian people. 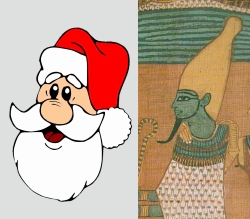 Can you guess why Santa and Osiris prefer the gnome hat? Maybe it hides some secret of Christmas.