Leonardo da Vinci’s Last Supper, a mural painting in Milan at the Convent of Santa Maria della Grazie, represents Jesus with his Disciples during the last hours they spend together, as depicted e.g. in the Gospel of John, 13:21. It is argued here that in this central, symbolic scene of Christianity, Leonardo has actually included references to Islam, Hinduism, Astrology and Roman mythology.

The painting mirrors Leonardo’s own world view which allowed him to draw inspiration equally from a variety of sources, both religious and scientific. What Leonardo’s Last Supper implies is written in one of his notes: “…certainly those who have chosen to worship men as gods – as Jove, Saturn, Mars and the like – have fallen into the gravest error..” (880). Rather than restricting oneself to one particular school of faith Leonardo believed in uniting all knowledge as much as he believed in the equality of religions; Last Supper was his testimony to the existence of one power and Truth which reigns over all – and a warning against the distortion of sacred knowledge by people.

The whole study is published in our library, read more: House of Truth: Decoding the Last Supper

Here are some of the images of this study:

Image: The roofs of the Last Supper scene and the Roman Pantheon are similar. 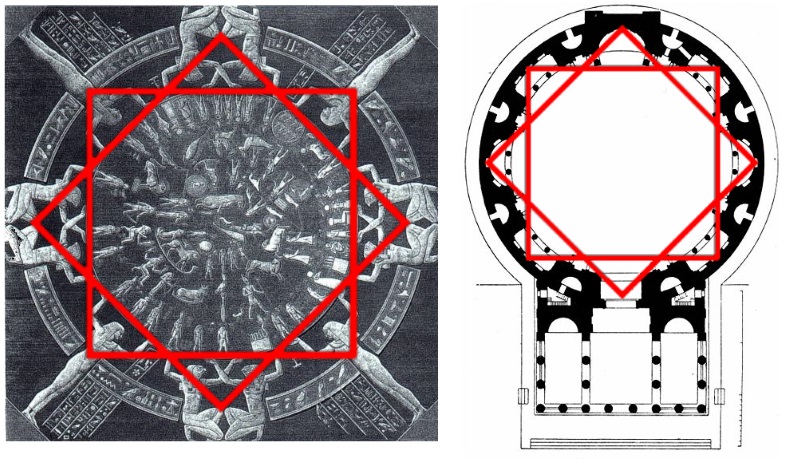 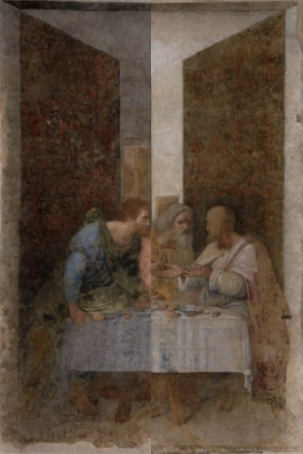 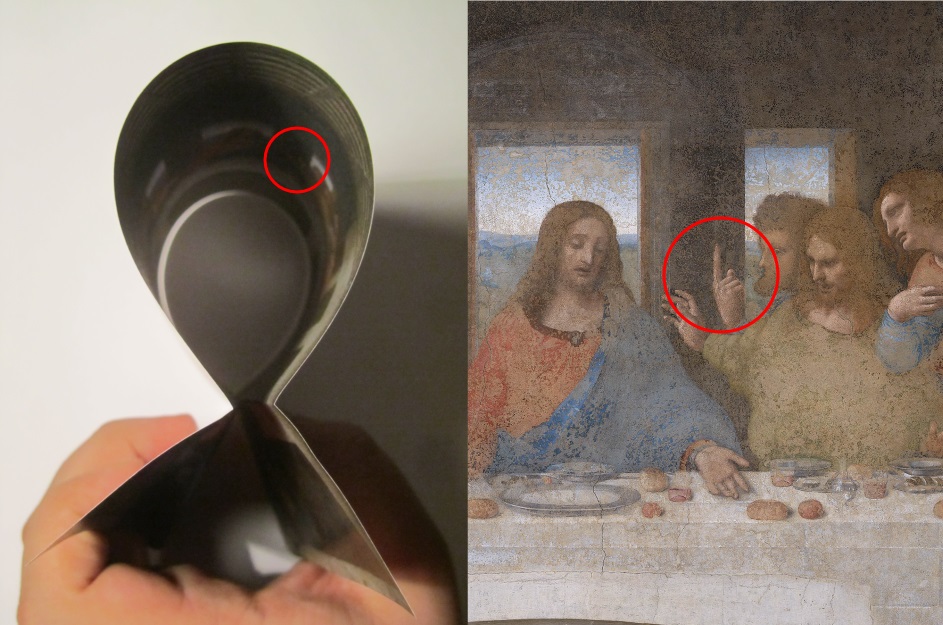 Image: Last Supper folded into "Sword in the Stone".