Next, we will study the measurement lines exhibited in Image 49, noticing that they form a cross. As we are told, Jesus was crucified by his hands and feet with three nails: two were put through his hands and one through his legs.43 In Hebrew, the letter waw is ‘nail’. Waw has a numerical value of 6. So, with these numerical values, there were three nails (6 + 6 + 6 = 18) that pierced the body of Christ. Jesus died, but only for a moment 44, as the Bible teaches us. We already know that the Hebrew word Chai is a word for ‘Living’ and Chai has numerical value of 18, just like the three nails. Therefore in the language of symbolism, the three nails (666) are actually the Breath of Life for Jesus.

43 From the Bible we know only that two hands were nailed to cross, but there is no certain mention of the legs.

45 This must be the reason why so many specialists of Gematria think that the antichrist must be Roman and perhaps even Cesar Nero.

46 The numerical value of this word is 590. It also means “rib” and it is used in the Bible when Eve is divided from Adam’s rib. It is equally correct to say that Eve is divided from the ‘side’ of Adam. It is highly debatable whether there is a word for ‘rib’ in Hebrew at all. Something seems to get lost in translations.

Hebrew word ‘tsela’, side, relates also to the creation myth of the Bible, which tells us that the first woman was born from the side of Adam. The symbolic meaning of this separation is, however, the end of the oneness of humanity. More specifically, the original Adam (Eng. ‘Humanity’, also = Horus the Elder) is the son of God, who is created to be an Image of God and likeness of God by Creator-God Himself. And here, the word ‘likeness’, or ‘k-Elohim’ in Hebrew, has the numerical value 666.

These are two totally different scenes of the Bible: the death of Christ, which is related to number 666, and the birth of Adam, which is related to number 666. In the language of symbolism, the words with an equal numerical value are, sometimes, the cause and the effect of each other. Thus, we are facing an event, where Jesus transforms into Adam (Son of God) via his death. That is why the Book of Revelation told us: the number 666 is a number of a man. Adam’s division into male and female means the perfect Son no longer exists. The human being is incomplete. This division is repaired through the cross – the three nails. Through transfiguration Jesus becomes, once again, the perfect Son of God. Thus, the Bible forms a circle, beginning with a division, which is repaired at the end. This is so called the never-ending story in the language of symbolism.

In Image 49 we should also notice the fingers of the Mona Lisa Cyclops: they are now two times three. Therefore, in Image 49 there exist three times six – two numbers ‘six’, and six fingers. As said, the three fingers were known in ancient Egypt as the sign of Mano Pantea. It is a symbol of trinity; the Father (56)47, the Mother (666)48 and the Child (722)49. Together, Mano Pantea Trinity forms a nice equation:

This simple addition teaches us the only relevant knowledge and understanding that is needed for illumination. This equation can be read e.g. that the Child of God (722) is formed of Mother-Nature (666) and of Truth itself, or Father (56). This also means that if the Child of God (722) loses his/her Father (56), only the chaotic Nature (666) is left. These numbers and symbols describe the whole Way of Truth with its three phases: First, there is Father and Spirit (56), then the soul is purified by denying oneself (666), and finally, a person experiences transfiguration and thus becomes the Living Spirit (722).50

47 Hebrew word ‘Nu’, the name of Egyptian Father God, has a numerical value 56. Numbers 5 and 6 were also discovered in the background Mona Lisa in Image 45.

48 666 is the number of the beast, just like John teaches us in the Bible. This number is Hebrew word ‘K-Elohim’, which means ‘like/as God’, but here God refers to creator aspect of the Holy Spirit –Nature and Life. Number 666 was discovered in the left lower corner of Mona Lisa del Prado in Image 8.

49 Hebrew word ‘like/as son’ is K-Ben, which numerical value is 722. Number 722 appears in the height of Mona Lisa, which was presented in Image 3. There was also shown its connection with the number 666.

50 Father and Mother together is the Father-Mother, which is known as the Holy Spirit in e.g. Nag Hammadi texts. The Son is Living Father, Living Water, Eternal Life, Flaming Sword, Philosopher’s Stone etc. 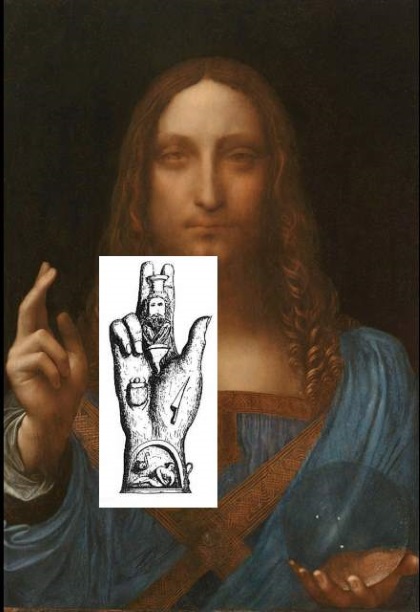 Image 50. Christ with Mano Pantea hand and a crystal sphere

Leonardo was indeed very familiar with the Mano Pantea symbol. He actually used it in the portrait of Jesus Christ in his painting Salvator Mundi. Here, Christ is portrayed holding a crystal sphere in his hand while the other hand shows the sign of Mano Pantea. Christ’s garment bears the same symbolic ‘x’ such as that of Father-God-Osiris in the tomb of Tutankhamun.51

The symbolism of this painting is three-folded: i) the cross on Christ’s chest symbolizes the Knowledge of the origin of humanity and universe, ii) the crystal sphere refers to the ability to see clearly the events of the future and the past, almost as if having the all-seeing eye, and iii) Mano Pantea symbolizes the three baptisms, or the Truth (Father), the Life (Mother) and the Way/Transfiguration (Son). This is how Jesus himself has become the Living Truth. The vision of the painter, Leonardo, is eternal, and thus it has been transferred from the first man all the way to our generation today. Every human soul that will purify itself, will also, eventually, find this same understanding.