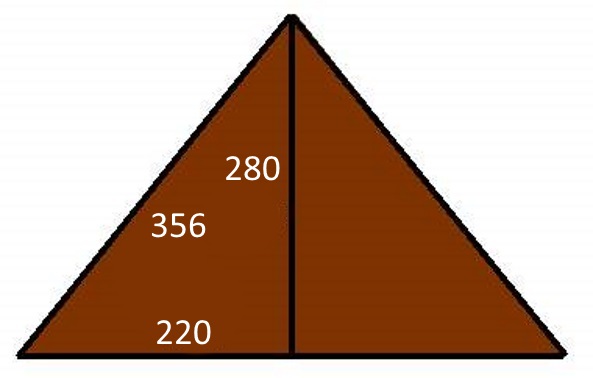 The number π is hidden in the elements of the Great Pyramid Triangle and its value is (22/7).

In the Great Pyramid Triangle the base is 440 Royal Cubits, and to have an approximation for π, the base is needed two times and that is compared with the height (Livio, 2002; Warren, 1903). Thus there is

As we can see, the number π is hidden in the elements of the Great Pyramid Triangle and its value is (22/7).

Notice: The reliability of this theorem improves when the golden ratio is revealed in the same triangle.