Finding Image of God - image that explains everything

Definition 9. (Image of the All)

Theorem 11. (Finding Image of the God)

In the mathematical part of this study it is showed and proved that Cosmos surrounding the Earth is created on purpose and with beautiful mathematical skills. The golden ratio and number π together with the other irrational numbers are the cosmic construction material, just like the Primes31 are that of the non-negative integers. It is also clear that when, as Plato said God geometrizes (Thomas, 1991, pp. 386-387), there is no need of any certain unit of measurement, but it is all about ratios and relations of the celestial bodies. 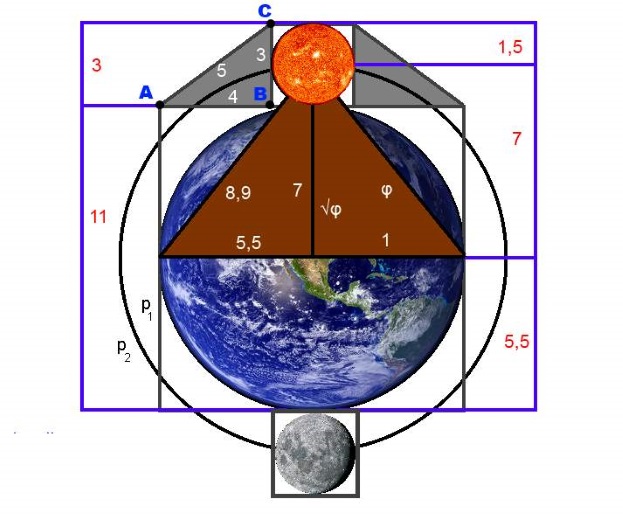 Image 43. Candidate for Image of God

All the theorems of this study support Theorem 11. Hereby, Image 43 can be considered as Image of God.

31 The prevalent definition of Primes should in fact be challenged and explored thoroughly. A new, accurate Definition for Primes is suggested in the book Theory of Everything and Nothing (only in Finnish at the moment).

Corollary 2. (Image that explains everything)

Because Image 43 is Image of God, it must describe and explain sacred texts together with remarkable cultural monuments and architectural masterpieces on Earth.

We prove the theorem using three examples, and leave the rest for the reader to discover.