When observing the Stonehenge from above, its geometric structure is revealed. At the same time, it must be remembered that Image of the All is devoid of any units of measurement and thus can be always fix to the measures necessary - only the geometrical shape is permanent. Next, let us consider Image of the All with respect to Stonehenge. 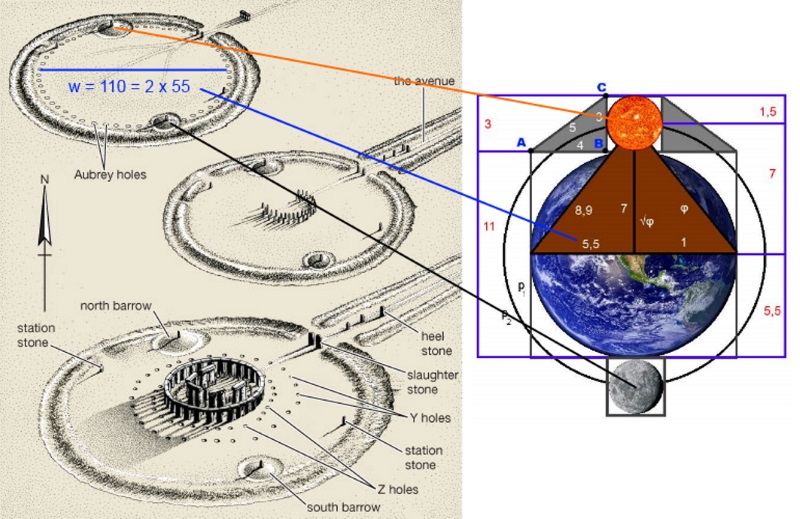 According to Pegs and Ropes: Geometry at Stonehenge (Johnson & Pimpinelli, 2008) the Stonehenge is commonly considered a temple: “ancient societies considered the foundation of a temple as a sacred action, inasmuch as it was a repetition of the divine creation of the Cosmos. As such, the laying down of the foundation was a ritualized act, to be performed according to the primeval gestures of the gods.” … “Creation is the act of turning Chaos into Order. The sacred space is the earthly image of the Cosmos, of the orderly Universe moulded from the disordered matter.”

The Stonehenge is, indeed, a temple. Furthermore, it is an image of God, just like the Mona Lisa. They are not testaments of any particular style of measurement, calculus or language, but they are rather testaments of sacred geometry, which is the foundation of Cosmos.