The Mona Lisa contains many points where it matches itself. Putting two Mona Lisas in a pile and moving them around will reveal dozens of matching points and tens of signs and symbols which form as a result. Some of the revealed patterns, such as animals, have been already discussed in the media (Hartley-Parkinson, 2011; Pisa, 2012). 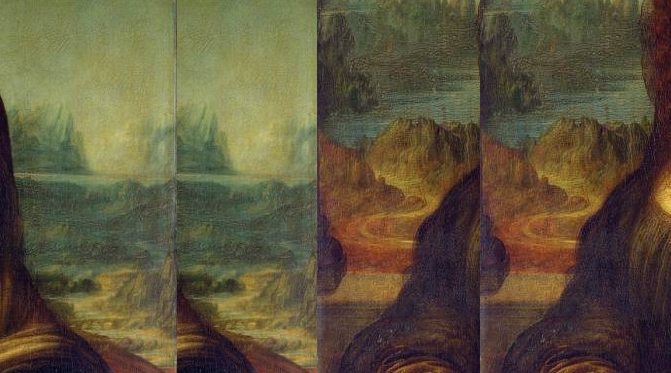 Image 25. Mona Lisas on top of each other 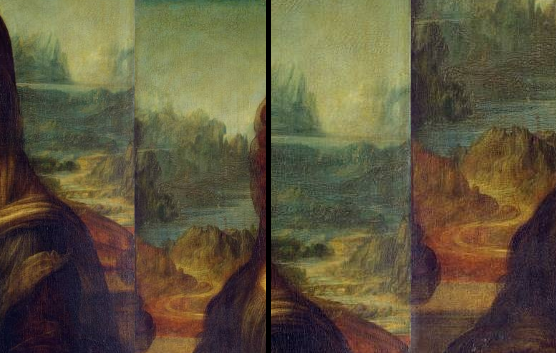 It is also possible to match the sides of Mona Lisas to each other with image processing program. Maybe in this point we can also understand, why Leonardo used approx. 30 thin layers of paint in this painting. He propably had several Mona Lisas at the same time, and thus he could fit them perfectly to each other and achieve this great harmony. Perhaps Leonardo had mathematical harmony, such as Penrose tiling, in his mind.