“Nothing can be loved or hated unless it is first understood.” – Leonardo da Vinci

The Mona Lisa is constructed using certain proportions which can be found in the most well-known monuments on Earth. This provides us with a reason to look at sacred geometry which is said to have originated when God created the world. We need to understand that sacred geometry is not the product of any religion but is rather the normal Euclidean and non-Euclidean geometry. Sacred geometry is the foundation upon which all other geometric shapes are based, and which can be observed everywhere in Cosmos.

In the language of mathematics, the symbol of a square means the end of a mathematical proof. As pons asinorum, also Mona Lisa can be transformed into square. It is here called Mona Lisa Square. There are shapes and forms in the Mona Lisa which find their counterparts when the painting is multiplied three times and then squared: parts of Mona Lisa’s hair and the all-seeing eye in the sky are now in congruence. Similarly, the small, blue horizontal lines in the background of the Mona Lisa have thus far puzzled students of Mona Lisa.

To understand the following equations requires familiarity with terms such as triangle, square, circle, radius, perimeter etc. The reader should also be able to calculate the surface area, to understand the Pythagorean Theorem and all the basic operations concerning Rational numbers. We will first discuss a few mathematical definitions, which are used in the study. Finally, the theorems and proofs are built into a general point of view, which is called the Image of the All, or the Image of God.

π is commonly defined as the ratio of a circle's circumference C to its diameter d: (Arndt & Haenel, 2001)

The ratio C/d is constant, regardless of the circle's size.

Notice: An alternative definition to the golden ratio is already formed in Theorem A, which stated that any non-negative integer divisible by 3 can be divided into the legs of right triangle with ratio 1 : 2, and when comparing the sum of shorter leg and hypotenuse against the longer leg, the result is always the golden ratio.

A square with a side length of 792 is called the Mona Lisa square, because its dimensions match the height of the painting (in mm).

Notice: In sacred geometry (also in Euclidean) the forming of a square is only possible with four circles. As said, the four circles symbol is found on the bodice of Mona Lisa’s dress (Image 19. Right). In the following calculations we choose to use the height of Mona Lisa – 792 mm. It is eleven times the mysterious number 72. 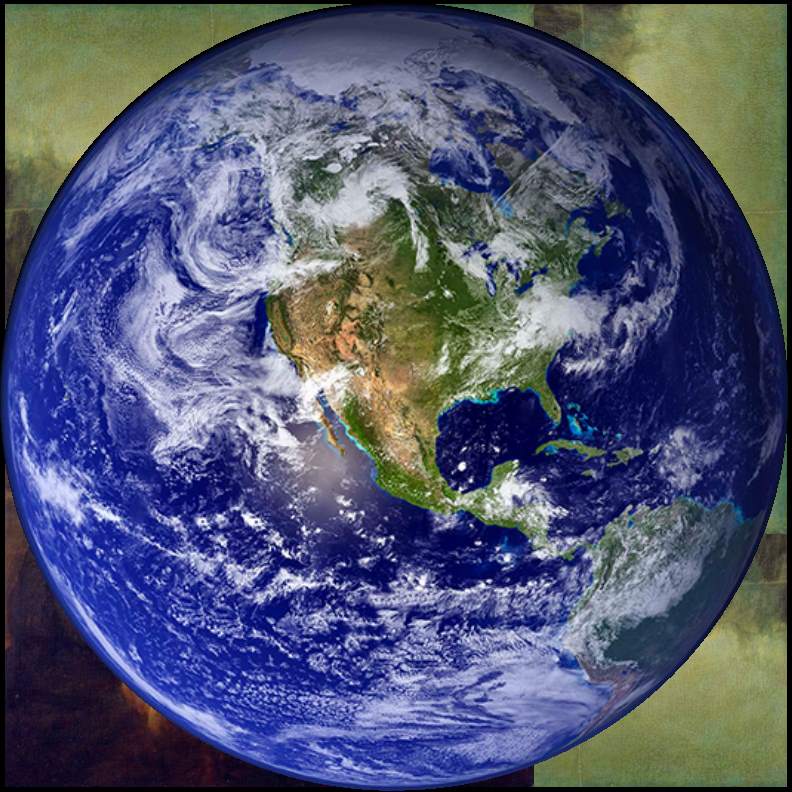 Notice: The Earth Square and Circle are in proportion to the Moon Square and Circle, when the Moon is placed above the Earth. Now is also possible to modify the dimensions so that they are easier to treat in calculations. 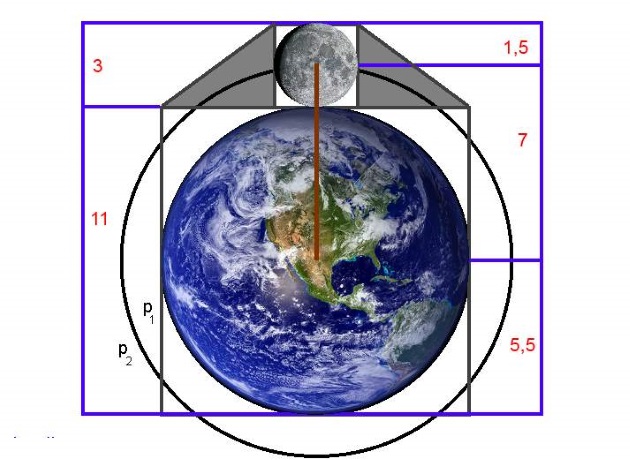 When the Moon is placed above Earth, it is possible to draw a circle connecting them, with a radius of the Earth’s and Moon’s radius together. We call it the Earth-Moon radius. Correspondingly a Circle, which radius is the Earth-Moon Radius, is called Earth-Moon Circle.

Notice: With simplified numbers the Earth-Moon radius is 7 and correspondingly the diameter of Earth-Moon Circle is 14 (= 2 x 7).