The nude Mona Lisa, or Monna Vanna, is a painting by Salai, a pupil of Leonardo da Vinci. This painting represents the famous Mona Lisa with her upper body bare. The features are very masculine, as if the arms and the face belong to a man, not a woman. These masculine features are, however, paired with feminine breasts. The figure is portrayed sitting in front of a light brown sand background. 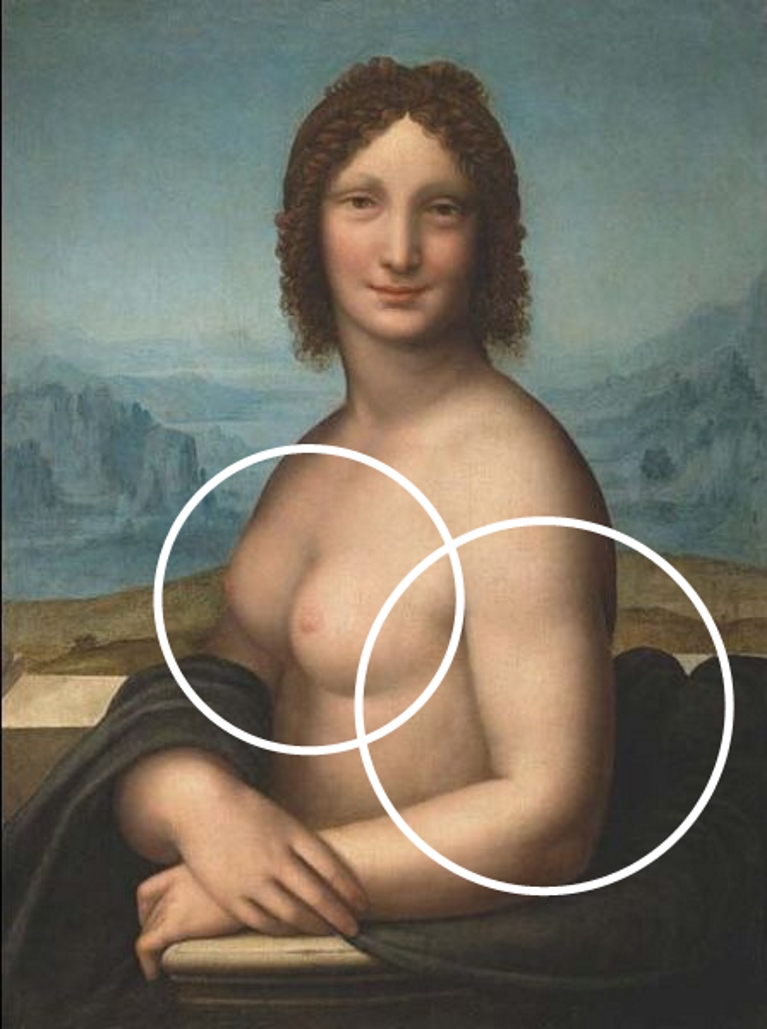 Some might perceive a certain resemblance between the Monna Vanna and the icon of ancient Egypt, the Sphinx. The Sphinx is the guardian of mysteries and hidden Knowledge. Sphinxes are riddlers: for instance in the myth of Oedipus, the Sphinx transforms people into stone as punishment for giving the wrong answer to a riddle.

Traditionally, the sphinx is described as a creature with the body of a lion and the head of a human being, symbolizing the Sun. Sphinxes were met as guardians of palaces and sacred highways. (Signs & Symbols, 2008) They may have wings, but almost invariably their body consists of a masculine and muscular male upper body and the lower body of a lion. Similarly, the masculine upper body also includes a woman’s breasts.