Nothing is hidden under the Sun

First we will consider the portrait of St. John the Baptist c. 500 years ago. Here, we find John pointing to the measuring rod in his other hand and wearing a leopard’s skin. As we noted earlier, the leopard’s skin symbolises Envy and thus the evil eye. We also find the number 72 is in this work, because the width from the left edge of the painting to the line in the middle which runs through the measuring fingers of John, is 72 cm.78 Leonardo taught us to understand the elements of his work, and thus this painting clearly shares the message of the Last Supper and Mona Lisa. As said before, number 72 is the symbol of the Face of God.

78 This statement can be false too, because the result is achieved with the commonly known dimensions, and like we already have seen, these measurement can be announced, on purpose, wrong. 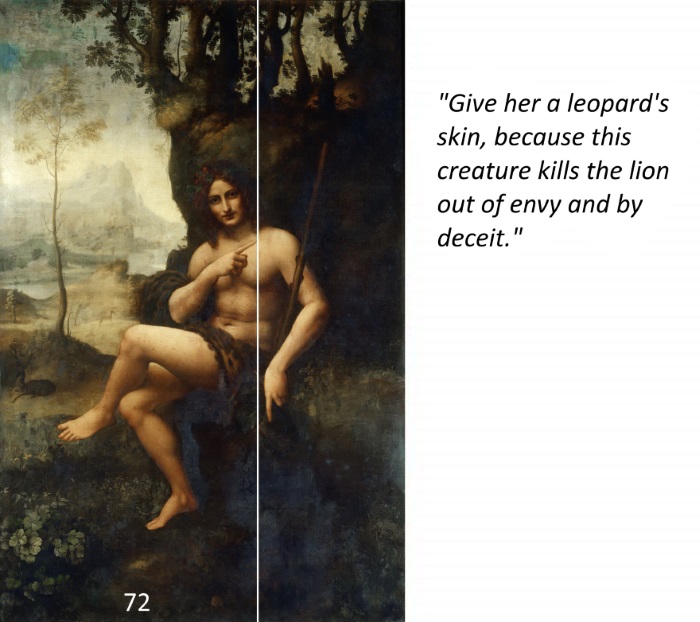 In our study Decoding the Last Supper (Appendix 10), we use Leonardo’s sketch number 880, in which the core message states: no man is greater than the Sun itself. The study reveals the five gods of the Last Supper, of which Leonardo states: “…certainly those who have chosen to worship men as gods – as Jove, Saturn, Mars and the like – have fallen into the gravest error..” (Richter, 1888).

Leonardo’s painting Last Supper is a real gathering of religions, when the code is finally broken. There are the three Roman gods (Saturn, Jupiter and Mars), together with the famous merchant-originated Prophet Muhammad and, of course, Jesus, whose hands symbolize the Hindu Goddess Lakshmi, who is known for eight forms of wealth. Actually, the entire symbolism refers to the so-called harvest and thus to the Egyptian hieroglyphs ‘offering table’ and ‘season of harvest’. This symbolism, in turn, is highly related to the last phase of Way of Truth, where a person offers him-/herself to God and thus becomes the Image of God. The Bible confirms this, because this is the same table from where Judas leaves to betray and sell Jesus: “When he had left, Jesus said, ‘Now is the Son of Man glorified, and God is glorified in him.” (John 13:31) This means: when the last evil – a person’s ego’s will to profit from the understanding and Knowledge received from God – has left, a person’s heart is totally pure and thus ready for transfiguration. 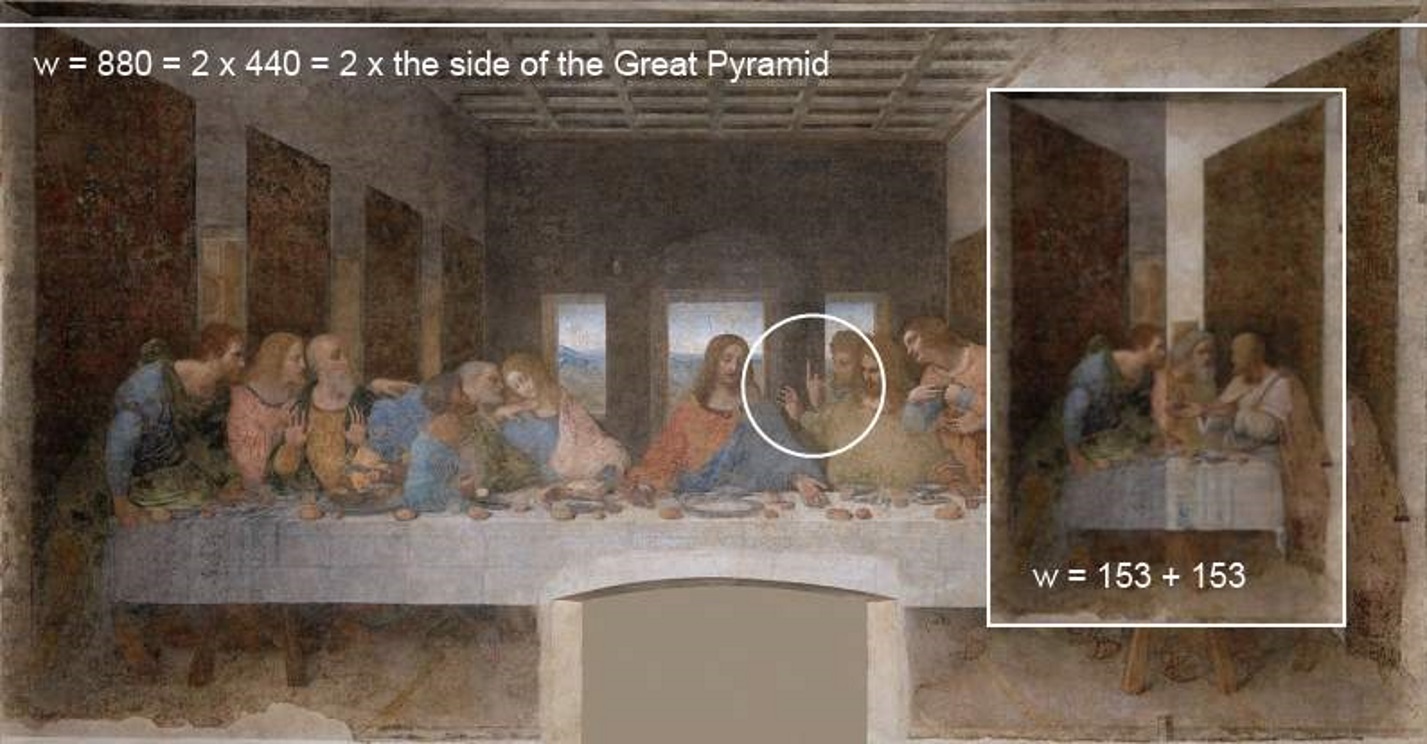 Image 66. The Last Supper by Leonardo da Vinci with its highlights (Appendix 10)

Although the Last Supper present us the pointing finger and several gods with religions related to them, the message of Mona Lisa, in turn, is about Jesus Christ. As discussed earlier, Leonardo painted a picture of Jesus, which is called Salvator Mundi. In the picture, Jesus is depicted holding a crystal ball and showing the sign of Mano Pantea with his right hand. As we know, there are two types of trinities - the feminine one and the masculine one. Mano Pantea is the symbol of feminine one – Father-Mother-Child. Salvator Mundi may be interpreted as a comment about Jesus. Perhaps it was Leonardo’s opinion that Jesus was of Nature and thus born like any other human being. But that is not all. Remembering Leonardo’s sketch illustration above, with the two sides appearing in the same body, representing two extremes such as pleasure and pain, Leonardo invites us to ask: who represents the extreme of Jesus Christ?

It is not the antichrist, who is said to be all the people who do not follow the teachings of Jesus (1 John 2:18-27). Instead, we have been already discussing another pair in this study: it was John the Baptist who said that he represented water, and that after him would come Jesus who represented fire. In the language of symbolism, we understand that water and fire are the extremes. Could this idea take this study to the new level? 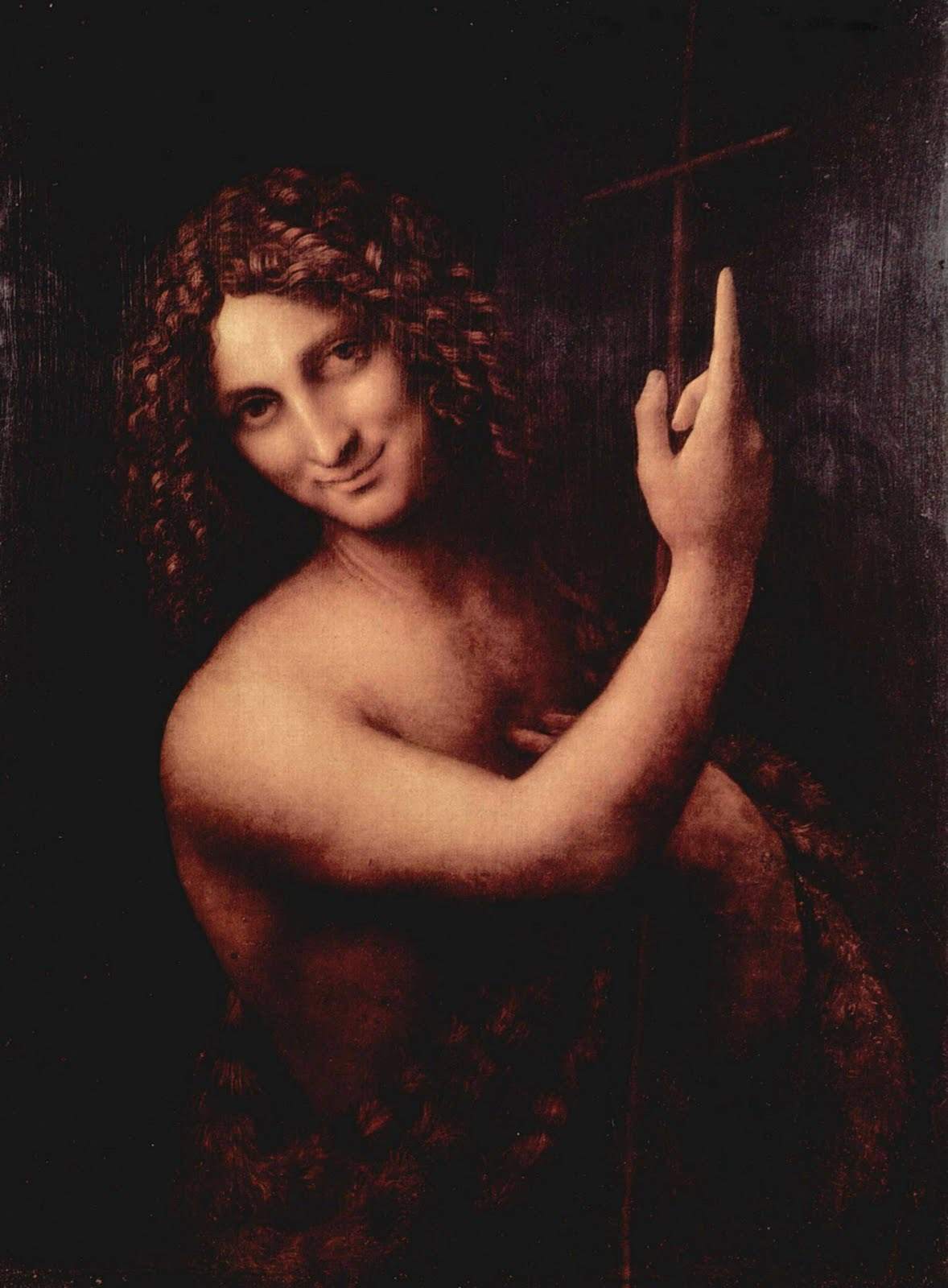 We instantly recognize the numbers 56 and 72 once more: the elements of John the Baptist are congruent with the numbers already discussed with Mona Lisa. Notice also that the ratio of the elements to each other is nearly 7 : 9. Let us study the sketch number 684 once more:

“Truth the sun. falsehood a mask. innocence, malignity. Fire destroys falsehood, that is sophistry, and restores truth, driving out darkness. Fire may be represented as the destroy of all sophistry, and as the image and demonstration of truth; because it is light and drives out darkness which conceals all essences [or subtle things].

Fire destroys all sophistry, that is deceit; and maintains truth alone, that is gold. Truth at last cannot be hidden. Dissimulation is of no avail. Dissimulation is to no purpose before so great a judge. Falsehood puts on a mask. Nothing is hidden under the sun. Fire is to represent truth because it destroys all sophistry and lies; and the mask is for lying and falsehood which conceal truth.” 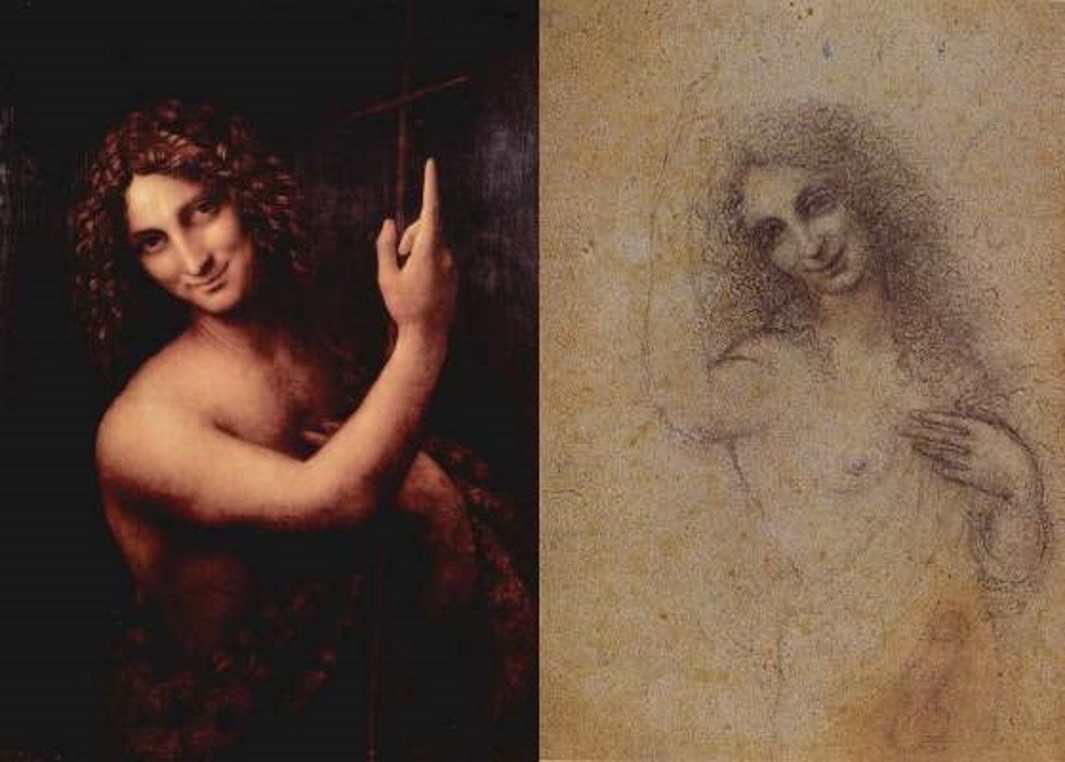 Isn’t John the Baptist the light which is portrayed in a remarkable contrast to the darkness of the background – just like angels were usually described? John’s finger pointing at the cross is, however, the single element of the painting loaded with meaning. Is he trying to say that he died on the cross?

79 Hieroglyph ‘erect or ejaculating phallus’ describes goddess Neith creating Cosmos. She is called also ‘the man who acts as a woman, the woman who acts as a man’, because the phallus refers to being man also in hieroglyphs.

80 Jesus was also of Water and Spirit, see John 3:5. E.g. Water and Knowledge are equal symbols in the language of symbolism both referring to Father.