The Golden Triangle and the Solar Boat of Re

In his book the Golden Ratio Mario Livio dismisses Mona Lisa in his discussion of the art of Leonardo da Vinci in relation to the golden ratio. “I am going to ignore the Mona Lisa here for two reasons: It has been the subject of so many volumes of contradicting scholarly and popular speculations that it would be virtually impossible to reach any unambiguous conclusions; and the Golden Ratio is supposed to be found in the dimensions of a rectangle around Mona Lisa’s face. In the absence of any clear (and documented) indication of where precisely such a rectangle should be drawn, this idea represents just another opportunity for number juggling.” (Livio, 2002, p. 162)

It is easy to agree with Mr. Livio on the second point, but his first assumption is false. It is indeed possible to reach an unambiguous conclusion concerning the golden ratio and Mona Lisa, because Leonardo painted the golden triangle into the elements of Mona Lisa. It can be found, again, by mirroring the Mona Lisa.

Image 28. Mona Lisa mirrored and the golden triangle at the crux

There are three kinds of golden triangles in geometry. The GP-triangle will be discussed later (Image 38), with perfectly matching dimensions with those of the Great Pyramid of Giza, is called the Kepler triangle. The other two golden triangles are ‘ABC’ (Golden Gnomon) and ‘ACD’ (Golden Triangle) in Image 29. 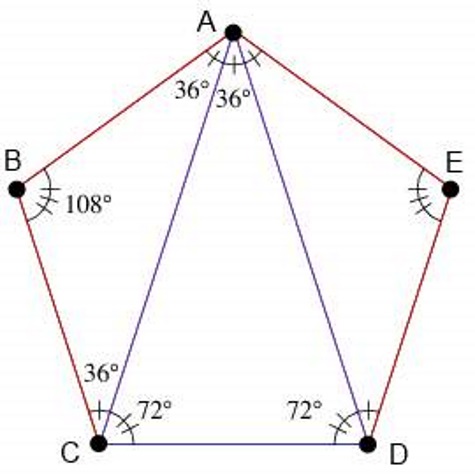 Image 29. Two golden gnomons and golden triangle inside the pentagon

where φ is the golden ratio. Such a triangle has the angles of 36 degrees; 36 degrees and 108 degrees, and can be constructed from a regular pentagon as illustrated above (e.g. ABC triangle). The corresponding 36-72-72 triangle with a side-to-base ratio φ is a golden triangle. Golden triangles and gnomons can be dissected into smaller triangles that are also golden gnomons and golden triangles (Livio, 2002, p. 79; Weisstein, 2014).

In ancient Egypt the hieroglyph signifying Du’at, the Underworld, was a 5-pointed star. Later, Pythagoreans used this same symbol as their logo.