The symbolic signs of the Sun and the Moon

The Sun symbolizes the supreme cosmic power – the life-force that enables all things to thrive and grow. In some cultures, the Sun is the Universal Father. Correspondingly, the Moon symbolizes death, birth and resurrection. Its feminine qualities bind it to Mother Goddess. (Signs & Symbols, 2008) These two symbols are probably the best-known symbols of all time. The Mona Lisa is painted as an image of the two great powers of Cosmos – the Sun and the Moon. 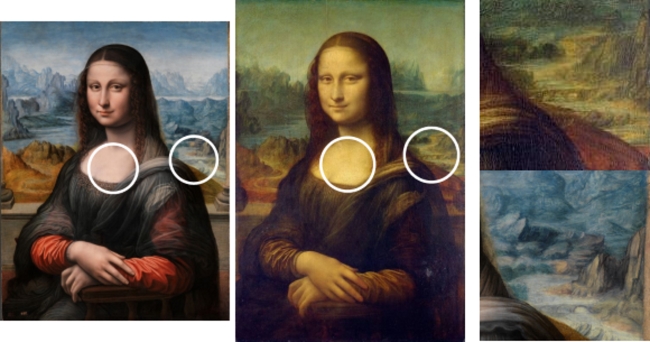 The language of symbolism is not unambiguous. This is highlighted by Egyptian scripture, where the Hall of Ma’AT is sometimes referred to as the Hall of Two Truths. This means that one truth can have another meaning in a different context. For instance, it is important to realize that Darkness and Moon can also symbolize Father, the Knowledge and Truth, while the Light and Sun can also symbolize Mother the Life. And as soon as the Son appears in this context, he is first feminine, referring to the Sun and Life. Later, the Son unites the Sun and the Moon, and together, these two forces (also Yin and Yang, or the two eyes of Horus) create a balance in Cosmos.