The Veil of the temple

The symbolism of the veil of Mona Lisa is associated with many theories. Some say that it is a reference to the mythical Veil of Isis, of which there exists an ancient inscription: “I am all that hath been, and is, and shall be; and my veil no mortal has hitherto raised”.59 As we have attempted to demonstrate the Mona Lisa bears numerous references to ancient Egypt, which is why we will also keep this theory of the veil in mind.

59 According to Plutarch, the inscription is found at Saïs in a shrine dedicated to three feminine goddesses, Neith, Isis and Athena. (Plutarch: On Isis and Osiris, 9, 354C (From the Moralia). Available at http://www.sacred-texts.com/cla/plu/pte/pte04.htm) 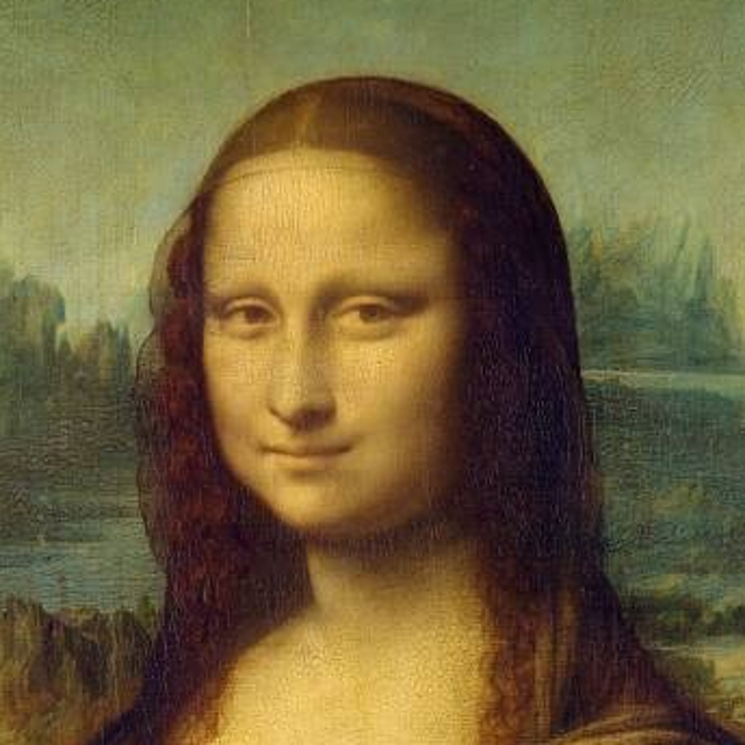 Image 53. The Veil of Mona Lisa

The Louvre museum says: “The portrait may have been painted to mark one of two events - either when Francesco del Giocondo and his wife bought their own house in 1503, or when their second son, Andrea, was born in December 1502 after the death of a daughter in 1499. The delicate dark veil that covers Mona Lisa's hair is sometimes considered a mourning veil. In fact, such veils were commonly worn as a mark of virtue.”60

Occultist and psychologist Dion Fortune writes: “Behind Tiphareth, traversing the Tree, is drawn Paroketh, the Veil of the Temple, the analogue, on a lower plane, of the Abyss which separates the Three Supernals from the rest of the Tree. Like the Abyss, the Veil marks a chasm in consciousness. The mode of mentation on one side of the chasm differs in kind from the mode of mentation prevailing upon the other. Tiphareth is the highest sphere to which normal human consciousness can rise. When Philip said to Our Lord, “Show us the Father,” Jesus replied, “He that hath seen Me hath seen the Father.” All the human mind can know of Kether is its reflection in Tiphareth, the Christ-centre, the Sphere of the Son. Paroketh is the Veil of the Temple which was rent asunder at the Crucifixion.” (Fortune, 1935)

Unfortunately for some readers, Fortune uses the language of symbolism, which is quite difficult to read without a deeper understanding. However, it calls upon us to wonder whether the Veil of Mona Lisa is a symbol referring to the Crucifixion? Well, it could be, and this is a subject that definitely needs further study. Fortune wrote above of the Kabbalistic book Zohar, which says: “a veil spreads BETWEEN THE UNKNOWN HEAD AND THE KETER, allowing it to reach – and to not reach – the light. THE VEIL HINDERS IT FROM REACHING THERE. The Light shines upward toward the veil, BUT NOT FROM THERE DOWNWARD. Therefore the supernal Thought shines with Unrevealed Illumination TO THE CONCEALED MIND (MOACH), and with Light unknown to the "Mind (Moach) of air." And the Thought itself, WHICH IS KETER, is considered unknown.” (Zohar 16:123)61

61 The short explanation for this text: a person’s soul (symbol Face of God), which describes mind and body together with beliefs, values, identity and ego, is separated from the Spirit, because of so called Veil. Face of God will shine upon the soul, as soon as the Veil is removed.

In the story about Jesus’ death the veil of the temple is divided into parts. The same veil was the border which was meant to keep the common man out of the holiest part of the temple – this is the same veil that Zohar mentioned. The Veil is the part of a person, which keeps the “regular me” out of the Holy of Holies. Jesus ended this kind of thinking by offering the same equal opportunity to anyone willing to follow his example outside of human’s animalistic features and Nature. As soon as the veil is removed comprehensively, the soul is ready for the mental marriage with the Holy Spirit. The mental marriage and transfiguration are the legacy of Christ, which must be understood as examples which we are supposed to follow. Believing that we are already saved is merely through Jesus’ sacrifice is not enough (see e.g. James 2:14-26). This misunderstanding has kept millions of souls from reaching the Truth.62

62 As explained earlier, a person is “saved” until the age of √153 (≈12,369 years), when he is mentally dispelled from paradise. Upon adolescence, the soul begins to chase after the deadly sins once more. At this age, the child is also confused and ashamed of nudity for the first time. The first part of our lives is called the Lesser part and it ends at age √153. Those who find their Way back to Father, will be reborn from the virgin foundation once more. This is called the Greater part. A person’s mental transformation is an eternal concept and is described by all Scripture worldwide.

It is said that beneath the Veil of Isis are hidden all the mysteries and the knowledge of the past. Pulling back Isis’ veil represents the revelation of the light, and to succeed in doing so, is to become immortal. The Veil of Isis thus is the same symbol as that of the Veil of the Temple. It takes courage, but for those who ask, seek and knock, there will always be an answer. So says the Law.