Theorem B. (The Golden Ratio in Mona Lisa)

Leonardo painted a golden gnomon at the crux of the Mona Lisa and therefore also the golden ratio can be found in the Mona Lisa. 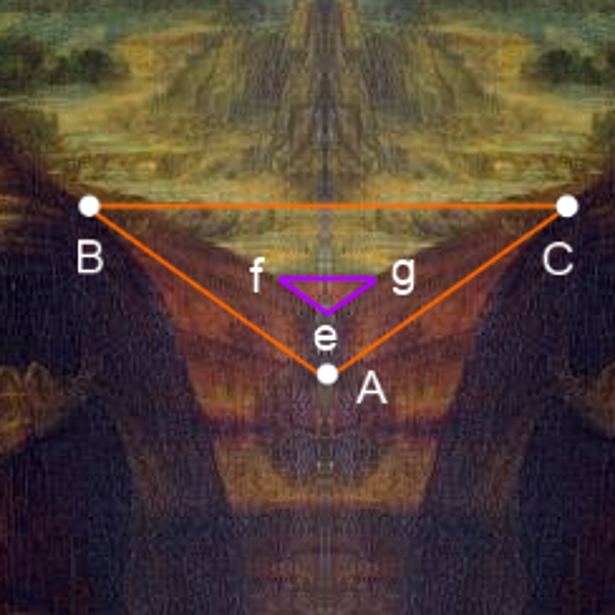 Image 30. The golden gnomon of Mona Lisa. (Please notice correction: compared to the actual pentagon in Image 29, dots A and B should be changed. This is still irrelevant for this proof, but worth mention, because of the context. -iisa)

When we match the triangle in the background of Mona Lisa “efg” with the triangle “ABC” of Image 29, they match perfectly, both having an angle of 108° and two angles of 36°. Now, there are two triangles with three equal angles. According to the congruence of triangles (angle, angle, angle) in Euclidean geometry, there is now a proven similarity between the triangles, and thus, ABC ≅ efg.

Another connection between ancient Egypt and number 5 is found with the Solar Boat of Re (also Day Bark of Re). There are a total of five gods on board, who offer their help and knowledge to people travelling the spiritual path. The Day Bark represents a phase on the Way of Truth which is reached after a person is baptized with Water and Fire. The Day Bark of Re is equal with the Right Eye of Horus the Elder (Faulkner, 2011, p. 105).

We might also consider whether there is a connection between the eye in the sky (Image 18) and number five, which referred above to the Solar Boat of Re. Continuing with this thought, we must remember that the number five is geometrically described as pentagon and pentagram, because of their five angles.